During Labor Day 2021, I opened a YouTube Live stream to share an unboxing of the Adafruit AdaBox 019. The box arrived several weeks ago. I kept putting it aside as I worked on other content for the blog and YouTube channel; however, I had an inkling of what was inside the box and was eager to open it up and start playing with the contents. 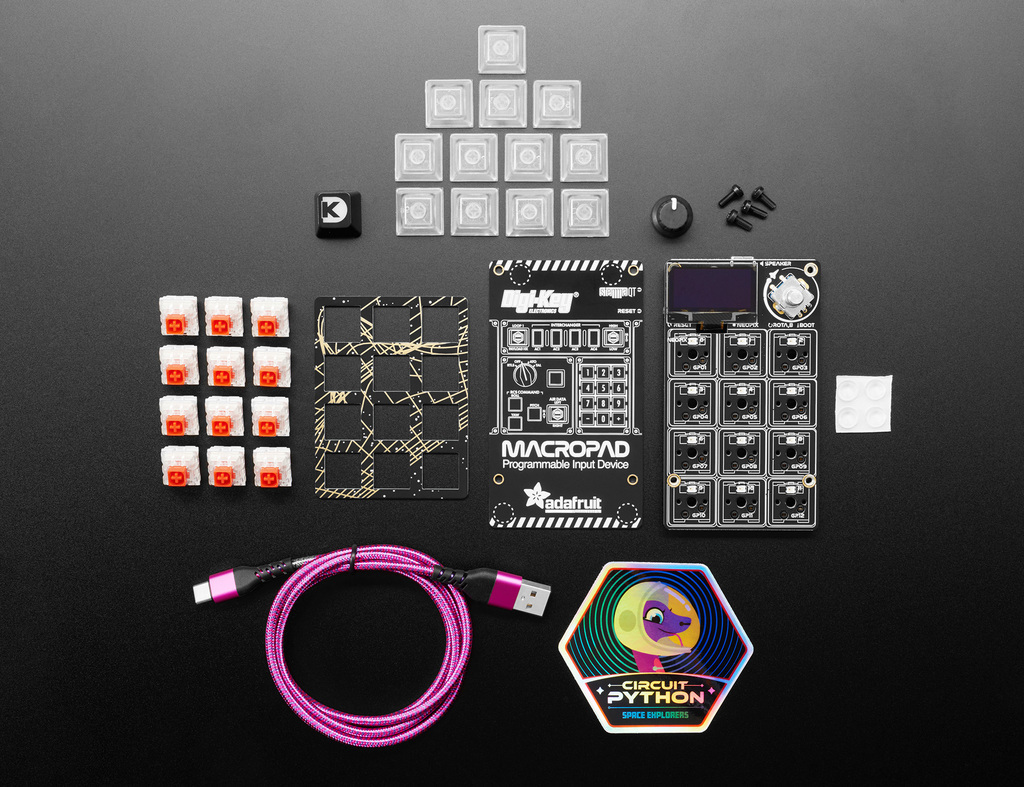 Here’s what Adafruit says about this box:

Strap yourself in, we’re launching in T-minus 10 seconds…Destination? A new Class M planet called ADABOX 019! “M” here stands for “Microcontroller” because this ADABOX is the first one to feature the newest technology from the Raspberry Pi sector: say hello to the RP2040. It’s a speedy little microcontroller with lots of GPIO pins and 64 times more RAM than the Apollo Guidance Computer. Get ready to upgrade your desk’s mission control station with a CircuitPython powered Macropad - complete with 12 buttons, OLED display, speaker and rotary encoder.

On a “whim,” I set up a couple of webcams on my desk, opened OBS Studio, made a few test streams, and went live. I wasn’t expecting anyone to join because the only announcement made was on the MEGA65 Discord channel. In hindsight, I should have posted to Twitter. Despite my lack of advertising, I ended up with ten viewers who spent anywhere from a few minutes to an hour with me. I’ve listed their names in the video description for the video. And, in my first retroCombs live stream, I even had two viewers send support my way.

Viewer Mislav was kind enough to buy me not one, not two, but three coffees and Jamie (From Jamie’s Hack Shack – check it out and subscribe) was the first to take advantage of a YouTube Super Sticker. Mislav recommends I start a Patreon. I’m not sure I’m ready to make this jump because with it comes an expectation that I’m not sure I can maintain given my workload. My Buy Me a Coffee account allows monthly support and even YouTube includes these tools. Have to do more research. If you have thoughts, leave them in the comments below.

In the LIVE stream video below, I open the box on the AdaBox 019.

Below are final thoughts about the AdaBox 019 and the video unboxing, setup, and first use:

Thanks for reading and watching and if inclined, please let others know about the blog using the hashtag #retroCombs on your favorite social media platform.