Part 1: Ten cool things you will do with a MEGA65

Commodore computing fans will soon have a new device to add to their collection of retro-computers, the MEGA65. In this blog post and companion video, I look at what makes the MEGA65 special and then share items one through five of the ten cool things you will do with the MEGA65 that you can’t do with any other Commodore-inspired recreations such as The C64. Spoiler alert: I include a bonus item to tide you over until number 6 through 10 drop!

YouTube Video: ‌Ten cool things you will do with a MEGA65

In the video below, I share items one through five of the ten cool things that will excite Commodore retro-computing fans about the release of the MEGA65.

[2021-06-24 Update] Well, that didn’t take long. I’ve had several comments that my game captures are the wrong video format. I recorded in NTSC and all games should have been set for PAL. I’ll make a correction in part 2. The developers let me know that all games are designed for PAL mode. Based on this, I recommend gamers modify default values to PAL.

TheC64 maxi/mini and TheVIC20 devices are wonderful Commodore computer revivals; however, these devices focus on software emulation with either a keyboard, USB joystick, or USB drive as the only hardware device options.I

I’m one of the lucky 100 (#00261 to be exact) MEGA65 DevKit owners and while I’m not a developer, I chose to use my DevKit to help spread the word about what will be the Commodore retro-creation you will want to own. With an impending release announcement, I want to get everyone excited about MEGA65. Here’s my list of the top 10 cool things you will be able to do on the MEGA65 that distinguish this device from other Commodore recreations such as THEC64 or software emulator VICE - The Versatile Commodore Emulator.

Before we look at the top 10, let’s take a quick look at what makes the MEGA65 special.

The Commodore 65 and the MEGA65

According to the Wikipedia entry, the Commodore 65:

(also known as the C64DX) is a prototype computer created at Commodore Business Machines in 1990–1991. It is an improved version of the Commodore 64, and it was backwards-compatible with the older computer, while still providing several advanced features close to those of the Amiga.

the 21st century realization of the C65 heritage: a complete 8-Bit computer running around 40x faster than a C64 while being highly compatible. C65 design, mechanical keyboard, HD output, SD card support, ethernet, extended memory and other features increase the fun without spoiling the 8-Bit feel. Hardware designs and software are open-source (LGPL)

Instead of a chip-by-chip hardware recreation, the MEGA uses an FPGA, or Field-programmable Gate Array, to “emulate” physical hardware. This FPGA allows the MEGA65 to receive regular “core” updates, and as I will show later, provide functionality not available on the original C65. 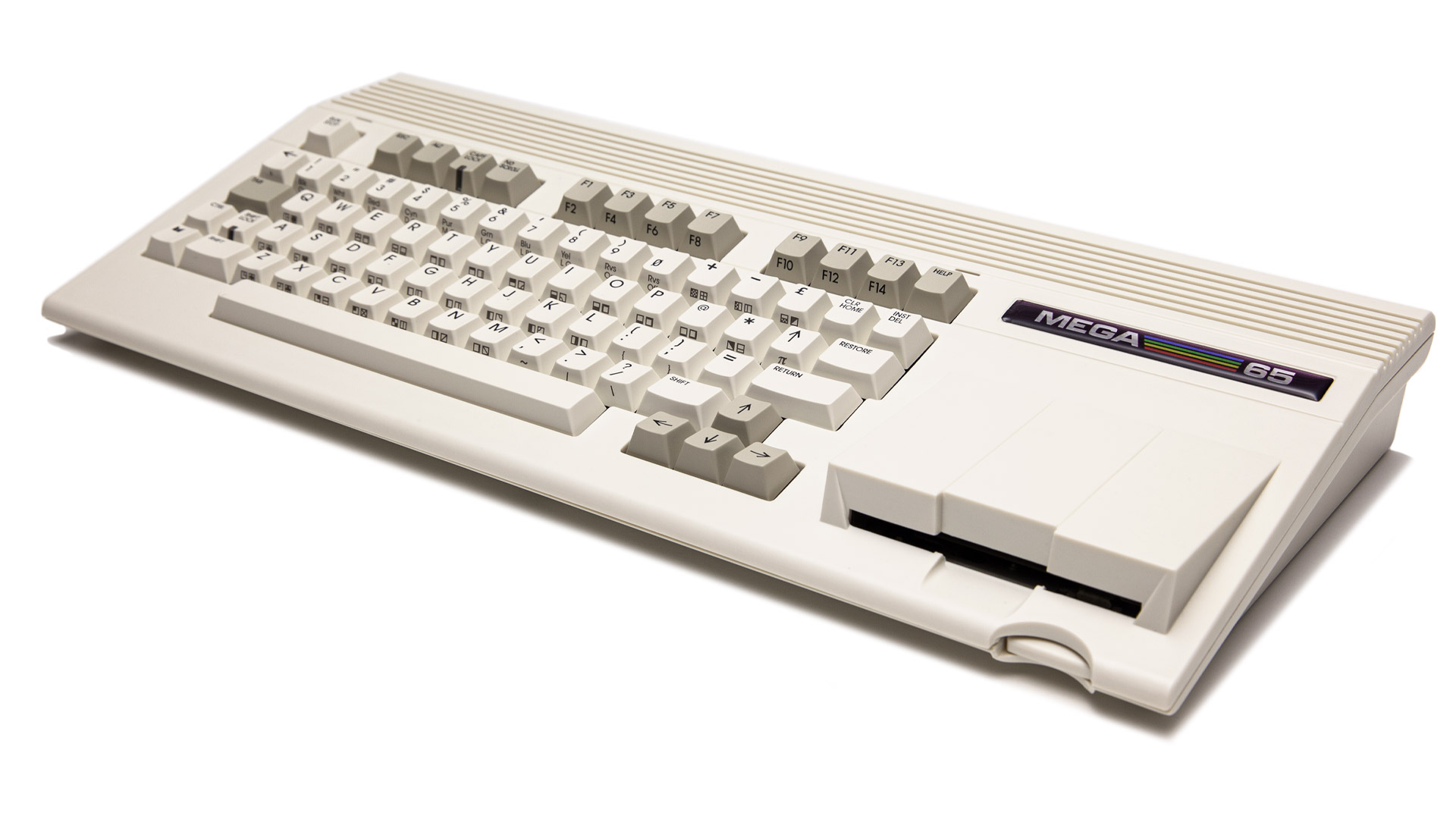 There’s much more to learn about the history of the Commodore 65 and its modern recreation, the MEGA65; however, that’s not for this post. This post highlights the top 10 cool things you will do with the MEGA65 upon release.

Let’s dive into the top 10 things you will do with the MEGA65.

1. Use an enhanced Commodore-layout keyboard

Throughout this video, I use the MEGA65 DevKit, which includes a wonderful mechanical keyboard. This is a similar keyboard to the one that the MEGA65 will include. Mechanical keyboards are all the rage and because of their popularity are more affordable; however, in the 1980s, full mechanical switch keyboards came on expensive [ cough ] IBM and IBM-clone business computers. Original Commodore keyboards were plunger-based. They weren’t bad, especially when compared to chiclet keyboards popular with other budget 8-Bit computers, and were relatively rugged. I don’t remember ever having an issue with my Commodore VIC-20 or 128 keyboards and I was a HEAVY user. Still, there’s room for a modern improvement to this old classic keyboard design.

The MEGA65 includes a cherryMX™ keyboard with a metal frame. They keys include the original PETSCII characters, colors, and functions printed right on the top and front of the keys. Using the keys is a joy during BASIC programming and disk access sessions. And these keys are not single stamped, but double-stamped for clarity and durability. They built this keyboard for the long haul and I’m looking forward to many years of use.

Here’s a bonus, use the keyboard with the C65 Notepad to take and share notes on the MEGA65.

I can’t imagine that an 8-Bit computer can rival the graphics and gameplay of the original Commodore Amiga; however, the MEGA65 will emulate the original hardware specification of the Commodore 65 and include in emulation:

Along with the entire collection of Commodore 64 games, the MEGA65 will also allow you to play C65 titles. The Commodore C65 was a huge performance upgrade to the C64 or even it’s more advanced, capable, and final Commodore 8-Bit sibling, the C128. With these enhanced features, we should expect some “next-level” 8-Bit games and developers for the MEGA65 don’t plan to disappoint.

Here are few in-development games to show off the features of the MEGA65:

Although MEGA65 titles are in early development, they are promising and as developers dive into the capabilities of the MEGA65; the games are sure to highlight what could have been in the early 1990s had the C65 gone beyond prototype. 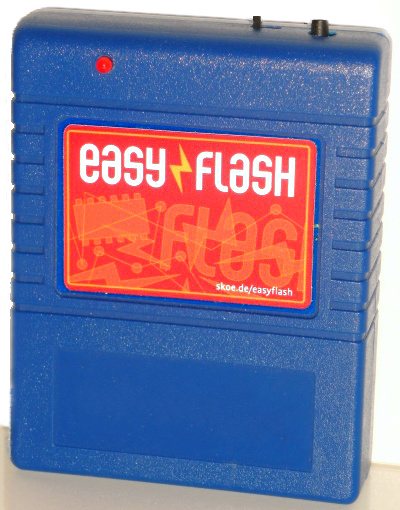 With my DevKit, most games work; however, some utilities cartridges, such as the Epyx FastLoad and TFW8B Kung Fu Flash don’t work. The developers know that C64 emulation is incomplete; however, they remain committed to compatibility and also support the creation of a dedicated C64 core (more on this later); both of which will increase C64 compatibility.

Huge thanks to @slofunk, aka Jamie for the opportunity to test a few of his cartridges on my MEGA65 DevKit. Some neighbors borrow lawnmowers; from my neighbor, I borrow retro-computing gear!

Can we expect C65 compatible cartridges? Maybe; however, it will probably be a home brew project. By default, the MEGA65 includes SD card and .D81 image file support. Unless you want the true, insert cartridge and boot experience, there’s really no reason to ship software on cartridge. I do hope some industrious developer will ship a title on cartridge, in a box, with instruction manuals and supplemental bonus materials. That’s the true retro-experience I’d like to have once again.

The joy of owning a computer in the 1980s was learning to program in BASIC. You had to if you wanted your computer to do anything. For me, it was a few months later before I could afford to purchase a Commodore Datasette for my Commodore VIC-20 and save the code I spent hours typing.

Finding software on cartridges and cassettes was impossible in the small town where I lived. There was a Radio Shack in town, but the only software they stocked was for their own TRS-80. My software option was to get a subscription to COMPUTE! and RUN magazines. Each month their arrival would include BASIC programs ready to type, save, and RUN. While typing in programs, I learned about BASIC programming commands and logic.

Be sure to check out my Commodore Plus/4 User’s Manual series to see the new BASIC commands not included with the VIC-20 or C64.

5. Use a wired/wireless USB mouse or joystick

Unfortunately, many input devices from the 1980s didn’t last and finding devices that work can be a futile or expensive proposition. Game controllers were abundant by many manufactures and the MEGA65 uses the standard DB9 connector found on other systems such as the Atari 2600. The MEGA65 includes two DB9 connectors so you can use those early controllers or recent recreations such as the Competition Pro or the Hyperkin Trooper or Ranger which includes a paddle controller. Hyperkin produces the Ranger Adapter for Multiple Paddles. In the future, it may be possible to play four person paddle controller games on the MEGA65.

Commodore produced the 1351 mouse; however, to my knowledge, no one makes a modern recreation of a Commodore 1351 mouse and these are now hard to find and when you do, very expensive. Many titles made use of the mouse (one of which we will discuss later) and not having a mouse for the MEGA65 limits usability of older and newer titles such as M3wP Solitaire. Made with a mouse in mind; what are you to do if you don’t have one for things like Art Studio for the Commodore 64? 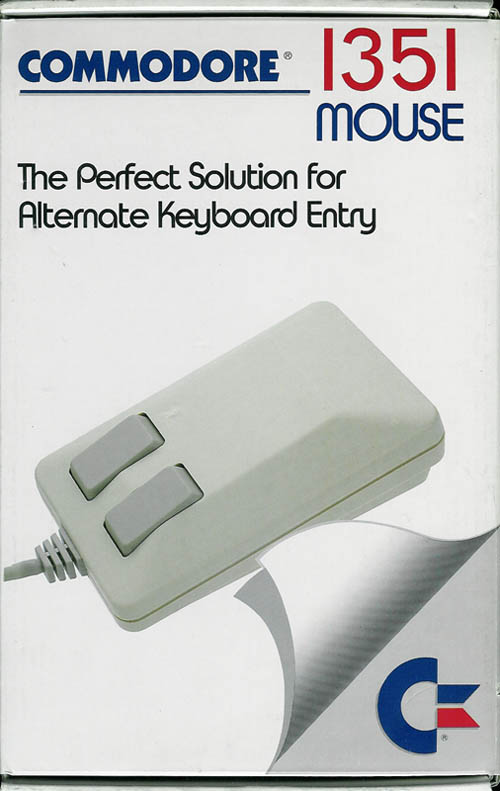 Luckily, we live in a world where microcontrollers are a dime a dozen and tinkerers create amazing things such as the mouSTer from retrohax.net. What’s a mouSTer? It’s a device that allows the use of modern USB joysticks and mice on Atari and Commodore retro-computers.

Check out my full mouSTer post for complete information and video.

Since I published this article, the folks over at mouSTer have even provided the MEGA65 team with a 1351 firmware file ready for emulation.

The mouSTer and my wireless Victsing mouse, work perfectly with games such as Solitaire.

There were many titles for the Commodore 64 and 128 that used the 1351 mouse; however, there was one title where this mouse was a requirement and we’ll cover that in part two of this series. And there’s your teaser.

Besides mice, the mouSTer development team is also working on gamepad support so in the future you may use a USB retro gaming inspired controllers such as a theC64 Joystick or the Hyperkin Trooper II.

Those are the top five; however, I have two bonus “cool things” and I will include one of those in this video.

Bonus 1: Connect to a BBS and the Internet via Ethernet

The MEGA65 includes an Ethernet port. We will use this for many things; however, the first thing that pops to mind is, how do I connect the MEGA65 to the Internet and access a BBS via Telnet?

If you have an interest in this topic, I recommend you check out my Connect a Commodore Plus/4 to a BBS using a Wi-Fi modem post and video. In this video, I discuss how to access a BBS using Telnet and a Wi-Fi modem.

During the MEGA65 May 2021 update video, they connected the MEGA65 to the Boar’s Head Tavern BBS. 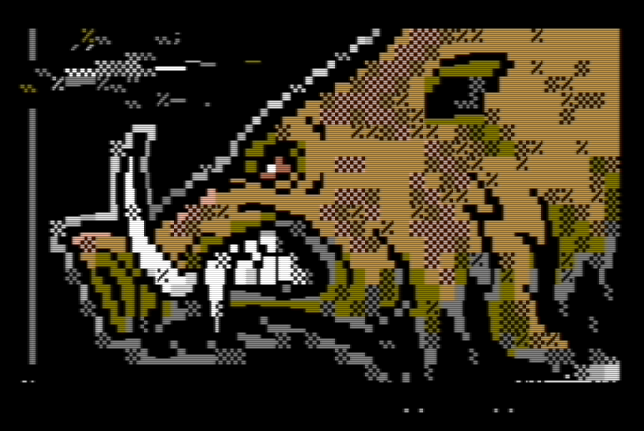 I reached out and told them I’d like to feature this functionality and they were kind enough to share their, work-in-progress, Haustierbegriff3 .D81 disk image. While this is a C64 title with specific BBSes pre-configured, it shows what will be possible and it should be easy to port that software to C65 mode. The experience is delightful and the telecommunications software supports the all-important Commodore graphics protocol.

That’s it for part 1 of this mini MEGA65 series. Hope you enjoyed the first five and my bonus item. Come back for part two to find out what other cool things you will do with a MEGA65 when I cover numbers 6 through 10. I might even include another bonus bringing the total up to a “cool dozen!”